A rendering of The Veil’s planned dining room on Belleville Street. (Courtesy of Thalhimer)

The Veil Brewing Co. makes another run to a second location at Scott’s Addition.

The brewery plans to open a tasting room at 1509 Belleville Street, where it was once planned to be the anchor tenant for a food hall that never materialized.

Charles Bice, owner of the Belleville property with development partner Birck Turnbull, said that despite the food hall’s collapse last summer, The Veil remained interested in expanding its presence at Scott’s Addition.

He said The Veil is expected to take up about 8,200 square feet in the building, about two blocks from his current home at 1301 Roseneath Road, where his brewing operations and tasting room are located.

Le Bice said the remaining 10,800 square feet of the Belleville building will be repurposed as offices.

“We pretty quickly pivoted to the idea of ​​using the majority of the space for office purposes while keeping The Veil as our anchor tenant,” Bice said. “We’ve seen the demand for offices there, and that’s really where we have the majority of our experience.”

Bice said he understood The Veil would keep the Roseneath Road site in production. 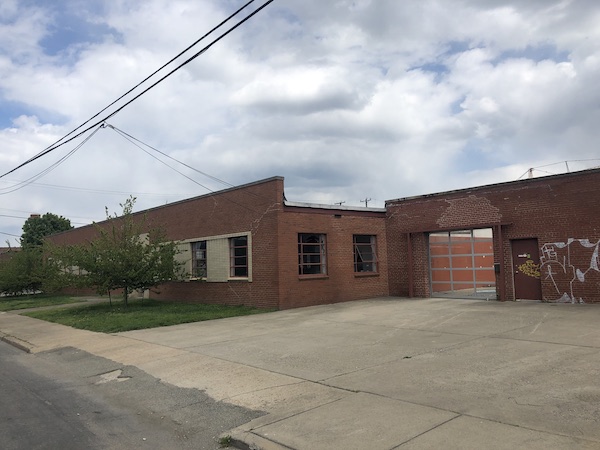 The 73-year-old building was once a candy factory. (Photo by Mike Platania)

The building at 1509 Belleville was once a candy factory, and Bice said it plans to renovate it using historic tax credits. He said they were planning to demolish an addition of about 8,000 square feet that was made on the south end of the building.

“At one time there was a CrossFit room there. It’s a modern addition to the original candy factory. We’re going to be removing this addition to make way for parking for the project,” said the Bice.

Turnbull is marketing the project’s office space, which is available to be subdivided.

“We would like to have a tenant who occupies all the space. But if there are two or three tenants, that’s fine too,” Bice said.

Work on the building has already begun, and Bice said it hopes the space will be ready for The Veil to open in Belleville in early 2022.

The interior of the building, which was once planned to be a dining hall. (Courtesy of Thalhimer)

Fultz & Singh is the architect of the project. UrbanCore is the general contractor. Virginia Credit Union is the lender. The cost of development has not been disclosed.

Le Bice said work on the building is progressing well and is in late discussions with a tenant for part of the building.

And although a food hall is not planned for the Belleville site, another such concept is currently being considered elsewhere in the area on West Leigh Street.