In Catholic churches in the Philippines, congregants often sit and listen to what is presented as biblical truth. Gospel readings often end with the declaration, “This is the word of the Lord.”

For this reason, the faithful dare not question the priests who proclaim the gospel because they are seen as acting in the person of the head of the Catholic Church, Jesus Christ himself.

The Catholic Church in the Philippines has at least 80,304,061 faithful, or 80% of the entire Filipino population, according to data from the Philippine Statistics Authority. The Iglesia ni Cristo (INC), which has about 2.3 Filipino followers, also has millions.

No doubt the faithful are listening. They listen when they are taught how life should be lived or what leaders they should vote for.

They listened when Cardinal Jaime Sin, along with those who opposed the Marcos dictatorship, rallied millions in EDSA to peacefully end decades of martial law in 1986. They heard again, years later, another call to overthrow another leader, Joseph Estrada. , ousted from the presidency in 2001.

There is no doubt that the Catholic Church and the INC are among the most influential institutions in the country. Drawing their power from the truth they espouse, however, these religions are also subject to controversy and abuse.

But more often than not they go unchecked because of how revered they are as indisputable institutions. That hasn’t stopped us from checking for reported abuse though – even if it means being the target of hate and threats.

The late, award-winning investigative journalist Aries Rufo set the bar for covering issues involving the Church. In 2013 he published the book “Altar of Secrets” which exposed sexual misconduct, political interference and financial mismanagement by Catholic bishops and priests – clerics who are supposed to be above reproach.

These stories included embezzled calamity funds and multi-million peso donations to Radyo Veritas that had not been accounted for.

President Rodrigo Duterte even quoted Rufo’s book in his tirades against Catholic clergy, spurred by their criticism of his war on drugs.

When Rufo wrote the book, he said he was motivated by a desire to push for more transparency and reforms that the Catholic faithful deserve. It was a question of lifting “the veil of secrecy” which shrouded the age-old institution. In the dedication of his groundbreaking book, he wrote: “For those who remain steadfast in their faith but yearn for reform within Holy Mother Church.

This is what we try to live when we practice our journalism. Our obligation is first and foremost the truth. When we write and report abuse and corruption, it is with the purpose of bringing about meaningful change and trying to fix what is wrong.

Journalism is about asking critical questions and bringing to light the issues that matter most. Through stories, we seek to help correct the flaws in institutions, including churches, that impact the lives of many people.

It’s an obligation for journalists, a commitment that remains constant – even in the face of relentless criticism and attacks.

The INC has always been such a secret church. At the same time, he gained such political influence, mainly due to his bloc voting in elections. It is a system by which senior officials dictate to supporters which names to put on ballots.

INC has always worn an air of exclusivity and normality in its more than a century of existence – until July 2015, when Felix Nathaniel “Angel” and his mother Cristina “Tenny” Villanueva-Manalo appeared in a YouTube video, calling for help and recounting their lives. were in danger.

Trouble slowly crept out of 36 Tandang Sora, the family home of former executive director Eraño Manalo. We have reported on allegations of corruption and the extravagant lifestyle of some INC leaders, including the existence of a multi-million dollar Airbus used by Church ministers. It has not been the same for the INC since then.

But the Church has proven resilient. He attempted a show of force on EDSA, telling the previous Aquino government that he had the power to muster support. (READ: INSIDE STORY: The end of the Iglesia ni Cristo protest)

We were not spared. We have been relentlessly attacked and accused of bias. We have been the target of boycott calls. But we persisted. 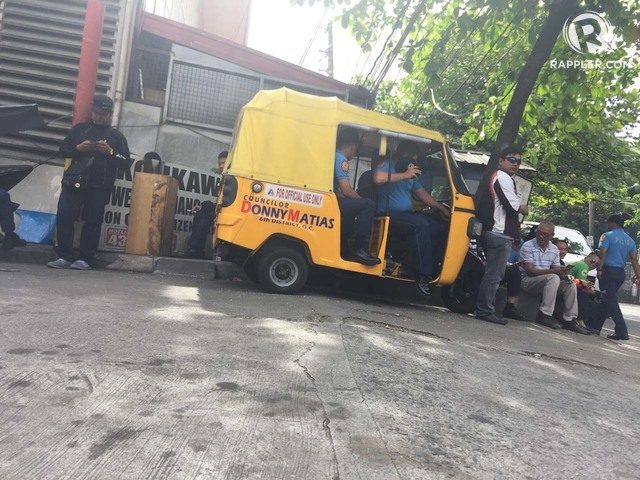 We were there when deported church worker Lowell Menorca II first surfaced, was arrested and eventually fled the country. We broke the story when he and another deported INC member began the process of filing refugee claims in Canada. (READ: The long road to safety for former INC asylum seekers)

Rappler was there when Angel Manalo’s family claimed she was being harassed, when she refused to let go of her 36 Tandang Sora house even after a long legal battle, when her house was finally demolished, and when Angel was stopped.

In our coverage, we were confronted masked men who threatened our reporters if they did not leave. We had to remember that it was a religious church that we were covering.

Access to Church officials has been impeded and obtaining important documents to support our stories has become more difficult. But the ethics and standards of journalism continue to guide our investigations and our work.

Although we face other challenges ahead, we will not stop covering the Catholic Church, Iglesia ni Cristo and other religious sectors in the Philippines. Their followers, after all, deserve to know the truth about them. – Jodesz Gavilan and Sofia Tomacruz/Rappler.com