Are you training for the big day? Fiancee Kelly Clarkson dons wedding veil on cover of new single Tie It Up

With her real engagement ring on her finger, bride-to-be Kelly Clarkson posted a photo of herself in a bridal veil and lace gown on her Twitter page on Saturday.

This is not a preview of her walk down the aisle with her fiance Brandon Blackstock, but the cover of her new single, Tie It Up.

Ready to get married: Bride-to-be Kelly Clarkson wears a wedding dress on the cover of her new single, Tie It Up

If her wrist tightly tied to someone else’s with a thick rope wasn’t a sign it wasn’t the real thing, then the country singer’s cheeky expression should have been.

Without referring to the wedding theme in the photo, Clarkson captioned the photo, tweeting, “Can’t wait to play my next country single tonight at #CMAfest !!! #TieItUp WHO’S READY? !!!! !! ‘

She will perform the still-unreleased song at CMA Fest 2013 in Nashville, Tennessee, alongside country stars such as Carrie Underwood, Taylor Swift and Lady Antebellum. 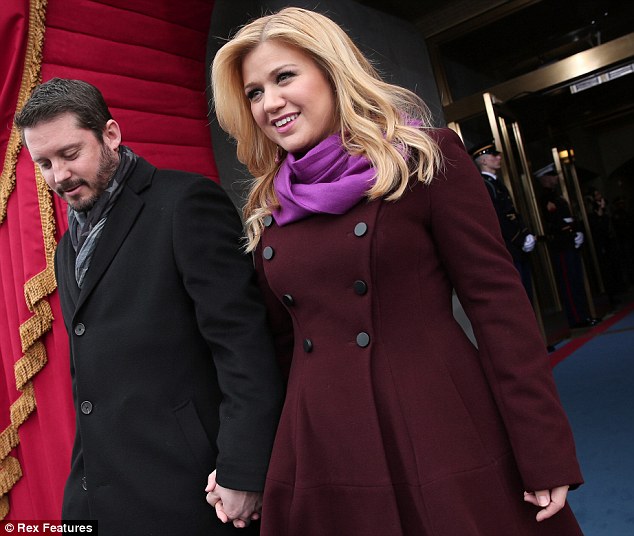 Hand in Hand: Clarkson and her fiance Brandon Blackstock announced their engagement in December 2012 after offering a canary yellow diamond ring

The 31-year-old Texas announced her engagement to talent manager Brandon Blackstone in December 2012, with an ecstatic tweet that read, “I’m engaged !!!! I wanted you all to know !! Happiest last night of my life I’m so lucky and am with the greatest man ever.

The couple first met in February of that year through their parents, father Navel Blackstone and stepmother and country star, Reba McEntire.

When asked recently how they were going to get married, the tomboy singer of Since You’ve Been Gone confessed, â€œHonestly, I was never the girl planning a wedding. We’ll totally get away with it, probably.

Even though she doesn’t throw herself into magazines and bridal bouquets, the American Idol alum is always happy to show off her stunning giant canary yellow diamond, surrounded by little sparklers. 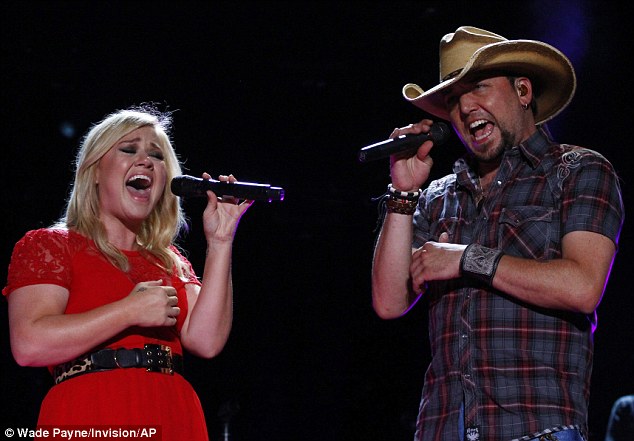 Belt him! Kelly Clarkson performed with Jason Aldean on Day 3 of the 2013 CMA Music Festival at LP Field in Nashville, Tennessee on Saturday