But last year – after more than half a century since he first joined the movement – he was kicked out, he says, like “an old slipper.”

What had he done to deserve a summary deportation?

Well, in an explosion that can be considered inflammatory in our politically correct times, the instructor of the British Canoe Union had dared to suggest that another leader, a Muslim woman, could endanger children by taking them on the road. water with his niqab facial veil.

These are questions that many people could reasonably ask.

But Mr Walker went on to say that Zainab Kothdiwala, the respected leader of a thriving pack of girl scouts in his hometown of Heckmondwike, West Yorkshire, looked like Darth Vader.

And he added that the sight of someone doing adventure sports with a full face veil would be incongruous enough to frighten children and animals.

Clearly Mr Walker, 63, is a man of strong opinions and a mature turn of phrase, a trait he shares with former Foreign Secretary Boris Johnson, who recently compared women in burqas. to “bank robbers” and said they looked like “letter boxes”. ‘.

The Scout Association did not approve, saying Mr Wilson was breaking its rules of diversity and equality.

He was dismissed from his post as deputy leader of a pack of scout explorers in his hometown of Bristol by a letter stating that his views “do not align with equal opportunities policy” or Scout values â€‹â€‹”d ‘integrity, respect, care and belief’.

He was forbidden to wear his uniform and badges or have anything to do with the paperwork of the Scout Association, let alone the children.

But now, 18 months later, he has been granted an unexpected reprieve.

As a county court judge prepared to rule on the dispute, the association surrendered, paying him damages. He donates the check to charity. The victory, which owes a lot to the help given to Mr. Walker by the Christian Legal Center, is pyrrhic for him personally. The Scout Association will not apologize and has publicly stated that it still does not endorse his comments.

But more broadly, his story once again raises the impossible question of where the line of divide lies between civilized opinion and unacceptable prejudices. 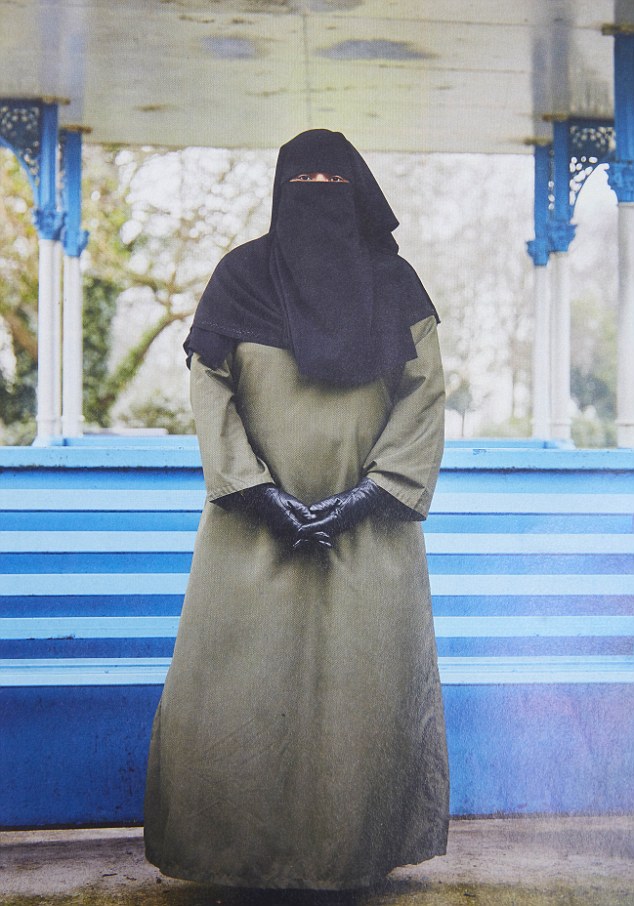 Speaking to The Mail on Sunday at the semi-detached house he shares with his wife, Annie, near Bristol, he says the whole experience has left him bruised and sad about the direction he thinks the Boy Scouts are headed . â€œIt was never, ever a personal attack,â€ he says. â€œThe very fact that this woman is a Scout leader means that she shares my values, my belief in volunteering and giving back to society. But his outfit says a lot more about Islam than about scouting.

â€œYou can’t abseil in a niqab, I’m not sure about hiking and I don’t agree with canoeing.

â€œShe is at risk of drowning, not to mention compromising her ability to keep Scouts safe.

â€œThe movement is about to implode under the weight of its own dogma and absurdity. I took a stand for freedom of thought and freedom of expression.

The rather extraordinary saga dates back to March 2017, when Mr Walker took umbrage at the spring edition of the Scouts’ quarterly magazine, Scouting.

He and his wife Annie are evangelical Christians – as are Boy Scout Bear Grylls – and Mr Walker was unhappy with Ms Kothdiwala’s gushing profile “in her full Islamic veil”.

The magazine, which included a religious calendar, said: “Zainab makes a striking figure when she takes the girls canoeing or hiking in the Yorkshire Hills.”

The calendar promoted Islam, Buddhism and even the Indian faith of Jainism with brief mentions of Christmas and Easter.

Mr Walker sent the editor a private email, never intended to be broadcast or published, asking him to reconsider this type of coverage. He doesn’t consider himself a fanatic or a xenophobe, having traveled extensively to over 60 countries, learned Spanish in Ecuador and karate in Japan, traveled up the Amazon and survived a military coup in Paraguay.

He was, however, irritated by the drift of what he sees as core Scout values â€‹â€‹and beliefs that go back to Lord Baden Powell, who founded the movement on Christian principles while wishing it would welcome people of all faiths.

“How sad and disappointed I am,” Mr Walker wrote, “that the whole Scout mission is to promote a politically correct multi-faith brainwashing program, anything that denigrates Christianity. In the magazine, children are encouraged to visit a Sikh temple or mosque, but for a St. George’s celebration they are told “choose your venue carefully, the use of non-religious buildings can ensure that the event is welcome for all”.

Brian Walker pictured in his Boy Scout uniform outside his house at just 11 years old. The canoe instructor had been with the organization for

In the calendar of faith, no mention is made of the true meaning of the two greatest Christian holidays, Christmas or Easter. ‘

Then came his “Darth Vader” comments and criticism of the association’s commitment to LGBT education – recklessly saying that “camp takes on a whole new meaning” – and told the editorial staff that ‘he didn’t like the magazine cover photo either. â€œIt was a kid in a New Age unicorn costume that was blowing bubbles with gum. Just unimportant. Scouting has become fluffy. I don’t apologize for saying so.

His email was forwarded to Tim Kidd, the association’s chief commissioner, who sent it to Mr Walker’s local group, setting off the train of events that would see him kicked out.

He appealed the decision but was still banned. Then, with the help of the Christian Legal Center, Mr. Walker filed a complaint against the association, accusing it of discrimination against his own religious beliefs.

The Scout Association has accepted an amicable settlement but for the moment it remains banned.

Mr. Walker is one of Life’s Volunteers, having been in 21 SAS, the Territorial branch of the Special Air Service, and the RAF Auxiliary. When he lived in Australia for 15 years, he was also a reservist nurse and military engineer there. Three years ago, to mark his 60th birthday, he spent two weeks and Â£ 3,000 of his own money – he’s an electrician by trade, so that was a big sum – in Uganda to build an orphanage.

So what does his 28-year-old wife, Annie – a former police officer and now full-time caregiver for their oldest son Liam, who is severely disabled, think?

â€œI’m proud of Brian,â€ she said. â€œI think it was brave to take a stand, but I never doubted my husband’s courage, whether he jumped in a helicopter to Kosovo or climbed this particular political mountain. I supported him by going public with the trial because I felt that if it could happen to us, it could happen to others as well. I wanted us to have a voice.

Throughout the controversy, Ms. Kothdiwala maintained a dignified silence. In the magazine, she described herself as assertive and adventurous and made a powerful defense of her choice to be veiled: â€œI am who I am with or without a veil. It’s not a barrier, it doesn’t stop me from doing anything.

Today, she refuses to elaborate on these comments.

Mehwish Siddiqui, another leader of the 1st Heckmondwike Ansaar Scouts, said: â€œZainab is a very conservative Muslim and wears the niqab all the time. She is always ready for anything and wears her niqab for sports activities such as canoeing. It doesn’t bother.

Last night, the Scout Association declined to say whether it agreed that the niqab was safe for taking Scouts canoeing and hiking.

A spokesperson confirmed he had settled out of court, but added: “This does not imply that we accept Mr Walker’s claim against us or his view of the world.

â€œThe Boy Scouts do not accept that Mr. Walker was right when he made his offensive comments. As a charity, we had to assess whether it was worth using our limited time and money in costly and protracted legal litigation.

“In this case, we have decided that it is in our best interests to settle this matter out of court.”

Mr. Wilson is characteristically unrepentant in saying, “I don’t regret my Darth Vader joke because it brought the issue to the fore and started a debate.”

As a Master Scout he has long been an expert in knots.

Looks like he’s got the scout association tied to a big problem for a while yet.