Britney Spears is about to marry Sam Asghari. She took to Instagram and delighted her fans with a glimpse of her wedding dress.

Britney Spears and her fiancé Sam Asghari are ready to wed. The American singer, who is pregnant, took to Instagram and shared a glimpse of her wedding veil. Yes, you read that right.

Britney, who is an avid Instagram user and often shares snippets of her life with her fans and followers on the social media platform, posted an adorable photo of her cat Wendy. The photo showed the little feline looking towards the camera and sitting on a transparent white veil. In the caption to her post, Britney confirmed that the tulle fabric was her wedding veil.

“I present to you Wendy! And yes, this is the veil for my wedding dress,” she wrote.

Meanwhile, her fiancé Sam Asghari also revealed that they have finalized the wedding date. On Mother’s Day, he posted a beloved photo to Instagram Stories with Britney and made the revelation. “Our lives have been a real fairy tale. Happy Mother’s Day to you, my future queen,” he wrote. “So the big day has been fixed!” But no one will know until the next day,” he added. 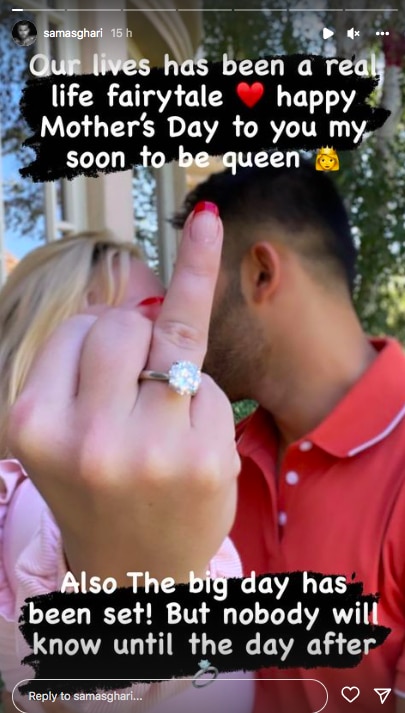 Britney Spears announced her engagement to Sam Asghari in September 2021. It was in April this year that Britney announced that she was pregnant and expecting her first child with Sam. The news of her pregnancy came five months after the end of his controversial 13-year conservatorship. She also has two sons, Sean and Jayden, with ex-husband Kevin Federline.