Three YouTubers and college students go missing. A year later, raw footage of what is believed to be their last video appears on the dark web.

It means people can now see what amateur filmmakers Neil (Max Crean), Fau (Albert Latalakepa) and Shay (Ryan Farrell) were up to before they disappeared.

The cast of the second episode of the local supernatural series Beyond The Veil, titled 26:29.

This is what viewers learn at the start of the latest episode of beyond the veila local anthology series that examines supernatural stories from Maori, Pasifika and Filipino cultures.

Here, three young men, interested in paranormal activity, bicker over their script and prepare to depart for their chosen filming destination – an abandoned Samoan church.

Soon they meet Mel (Fay Tofilau), a young Samoan woman who has a family connection to the church and her mysterious past.

It shows the film crew around the strange building.

This forms the basis of this beyond the veil episode (screens Monday March 14, TVNZ 2) which features humor, shonky camerawork and spooky scenes.

“26:29 That’s the title we decided to give this story because it was mysterious enough as a number on its own and it amazes people,” says producer and co-writer Wilhelm Voigt. 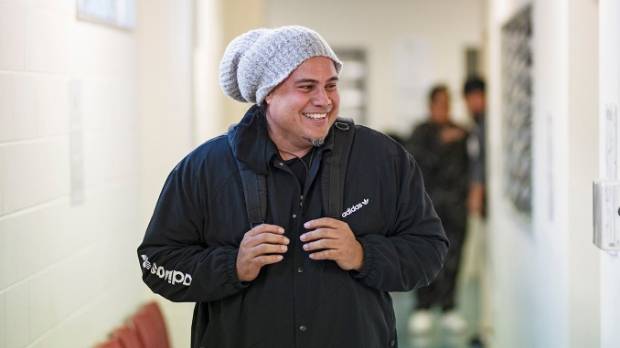 Born in Samoa, Wilhelm Voigt is the producer and co-writer of the second episode of Beyond The Veil.

The four numbers refer to a spooky piece of text in The Bibleof the Old Testament.

“I think it was my friend, Danny, the writer who told me about it, and he was like, ‘What do you think of this scripture to name this whole episode and just focus on this story, based on scripture?’ ”

Danny is Danny Aumua, the episode’s director and co-writer.

Voigt says some of the inspiration for this episode also came from a YouTube channel.

The channel features two people, one of whom is skeptical, as they investigate paranormal activity.

Speaking of the paranormal, Voigt recalls an incident while studying abroad.

“I believe in ghosts and saw one while living in Hawaii,” he says.

“I had a problem in our dorms. “(We lived) in a square dormitory and there was only a front door and a back door.

“But when I came down from my room at three o’clock in the evening to go to the television room, which is still in the dormitory, I saw an old lady crossing the yard. And when I got to the TV room, I looked outside and she was already walking outside… I didn’t think about it until I was studying in the library and I heard that there was an old Hawaiian entity running around the country.

“There’s this lady in white they always talk about and that’s who I saw that night. It was just like, ‘Whoa, OK, no more three o’clock TV for me.’

Voigt was born in Samoa to a fifth-generation German-Samoan father.

He is fluent in Samoan and is passionate about his culture and telling stories on screen.

Voigt worked behind the scenes of Fresh, TVNZ’s youth magazine-style series with a Pasifika focus. He was also the producer of the acclaimed comedy-drama film Three wise cousinswhich was mostly shot in Samoa.

The filmmaker looks forward to 26:29 appearing on the screens because it was a project he had given a lot of thought to.

“I’m also excited,” he says, “to hear what people have to say about it.”

Think of us as your eyes and ears. We watch, listen and dissect the latest shows, sounds, streams and news so you don’t have to.

It’s hard work, but someone had to come through New Zealand’s disastrous Give Us a Clue and endure the relentless onslaught of Godzilla v Kong audiences to help you avoid suffering. 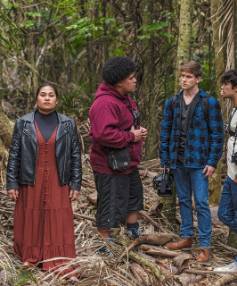